THE SECRET CULT OF INFINITE KITTEN at SYNAESTHESIA, May 29, 2021 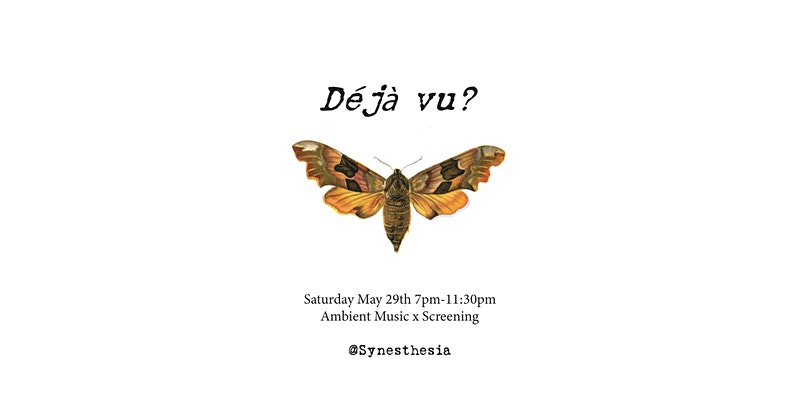 RGB Values and INFINITE KITTEN will perform at Synaesthesia on May 29, 2021.

Synesthesia presents Déjà vu? on May 29th… Déjà vu? is a night of ambient music with multi-projection screening and liquid light by : A Clockface Orange.

Unfortunately, our rooftop is closed for renovation, and the event needs to be indoor for the next few weeks.

Synesthesia will open at 7 pm and the performance will start at 7:30 pm. Please, everyone, keep wearing your mask.

You will get our address when you get a ticket via Eventbrite.

Concetta Abbate is a classically trained violinist turned improviser and composer. Her musical career is defined by the philosophy that music knows no bounds. Grammy.com describes her original performances as a mix of “Violin and delicate vocals that float between the worlds of Modern Classical, Neo-Folk, and poignant and poetic verse”

She has worked as a recording artist and performed with countless orchestras and ensembles in NY. She has released four full length studio albums of her original music. Her compositions have been used in dance productions by Arch Contemporary Ballet as well as Wendy Osserman Dance Company and in films such as “L’attessa” (International Fashion Film Festival of Milan 2015). She has traveled as a distinguished composer in residence to TAKT Gallery in Berlin (2016) as well as the Robert Rauschenberg Foundation in Captiva Island, Florida (2019).

Visuals by A Clockface Orange:Rachael Guma and Genevieve HK, working as the artist group known as A Clockface Orange, design and present live liquid-light performances to accompany musicians, sound artists, and musical recordings of all genres. Their work showcases an appreciation for ephemeral, experiential art inspired partly by the Fluxus movement and 1960s experimental culture. They have collaborated with, and perform as part of the expanded cinema collective known as Optipus, as well as on their own, in and around New York City. Their liquid light shows incorporate the use of water and oil based liquids on glass plates to create captivating “visual music” using analog overhead projection.

Dawoud is a multi-instrumentalist, composer, improviser, and band leader of the ensemble God’s Unruly Friends. In addition to being an accomplished guitarist and bassist, it is his work on the sitar and dilruba that earned his reputation as “The Jimi Hendrix of the sitar,” His experiments with applying unprecedented concepts, techniques, and electronics, his fearless blending of genres, his electronic, symphonic, and chamber works, and his focus on the psychoactive properties of sound, have extended the boundaries of music. His performance will include selections from his Harmolodic Raga Cycle, and improvisations on secreal ancient themes.

THE SECRET CULT OF INFINITE KITTEN

They perform as a duo, but also as solo artists as a VJ duo known as RGB Values + n8tronick.

Please keep wearing your mask and social distance during the party.